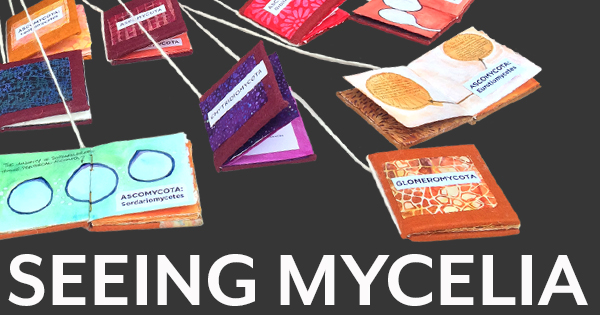 To mark the United Nations International Year of the Soil (2015), I created a sculptural translation of an article co-written by some soil scientists with whom I am acquainted. Published in Mycologia in 2013, Fungal communities in soils along a vegetative ecotone discusses the fungal diversity found beneath a native sage/non-native grassland ecotone in California.

On top of the box, I painted a representation of the ecotone. The text makes note of the percentages of plant species found in each habitat. The orange dots represent the locations of the soil samples taken by the scientists. The latches of the box open to reveal a dozen hand-bound books which catalog the different classes or sub-classes of fungal types identified in the soil samples. The books are connected to the “soil” by mycelia-like wool yarns.

Special thanks to Dr. Justine Karst, et. al. for their support.

Seeing Mycelia has been accepted into the following juried exhibition: 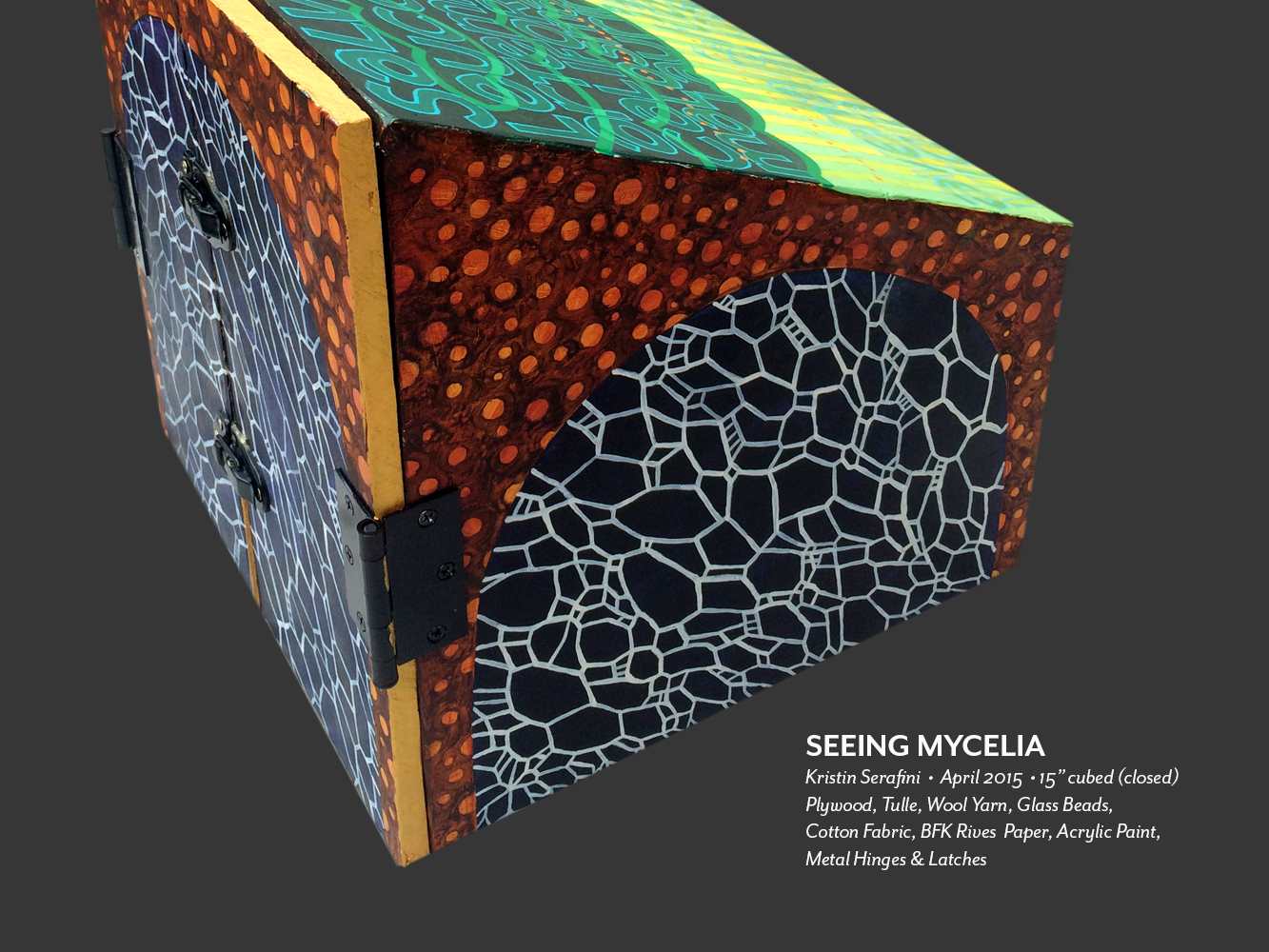 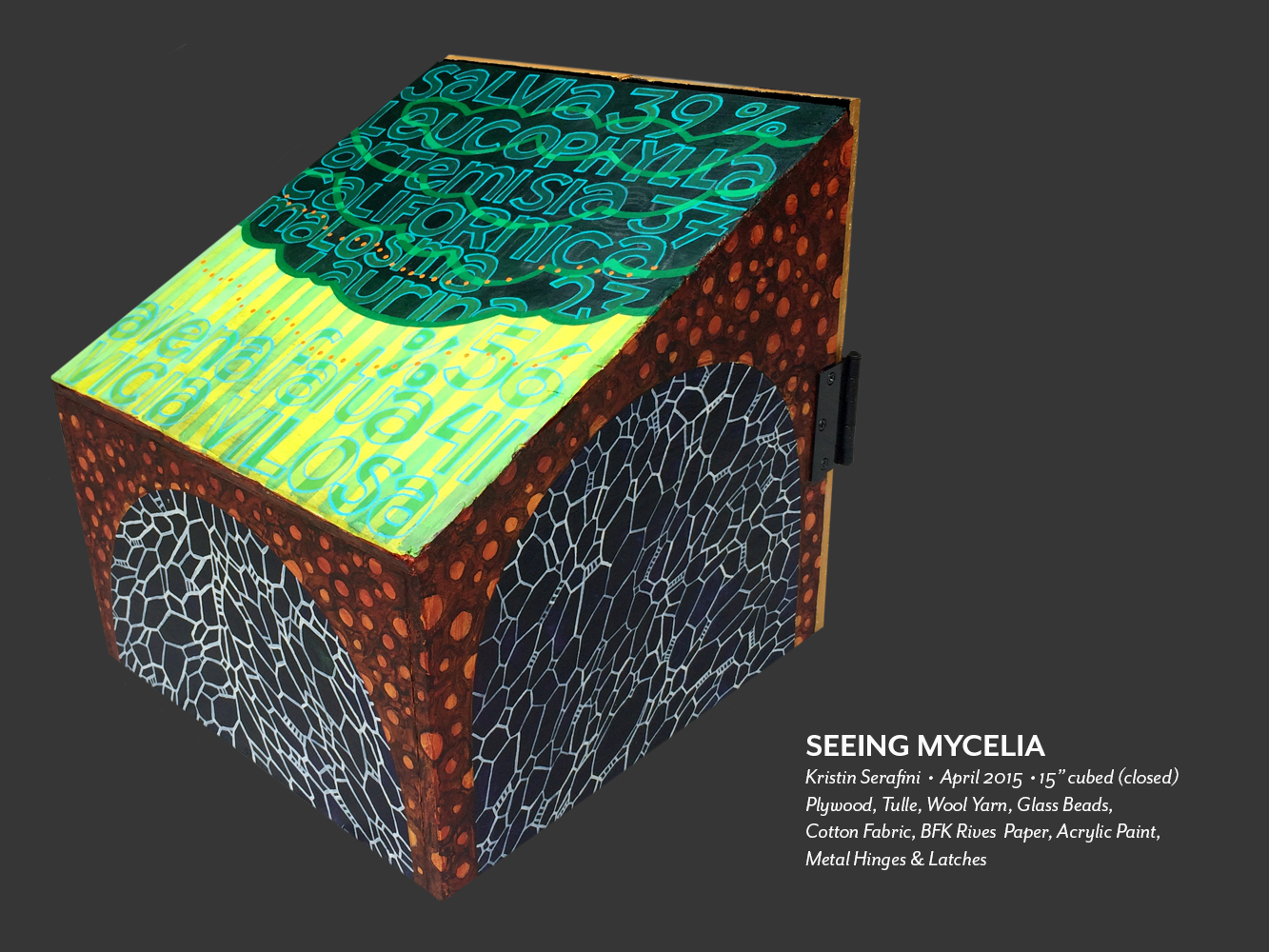 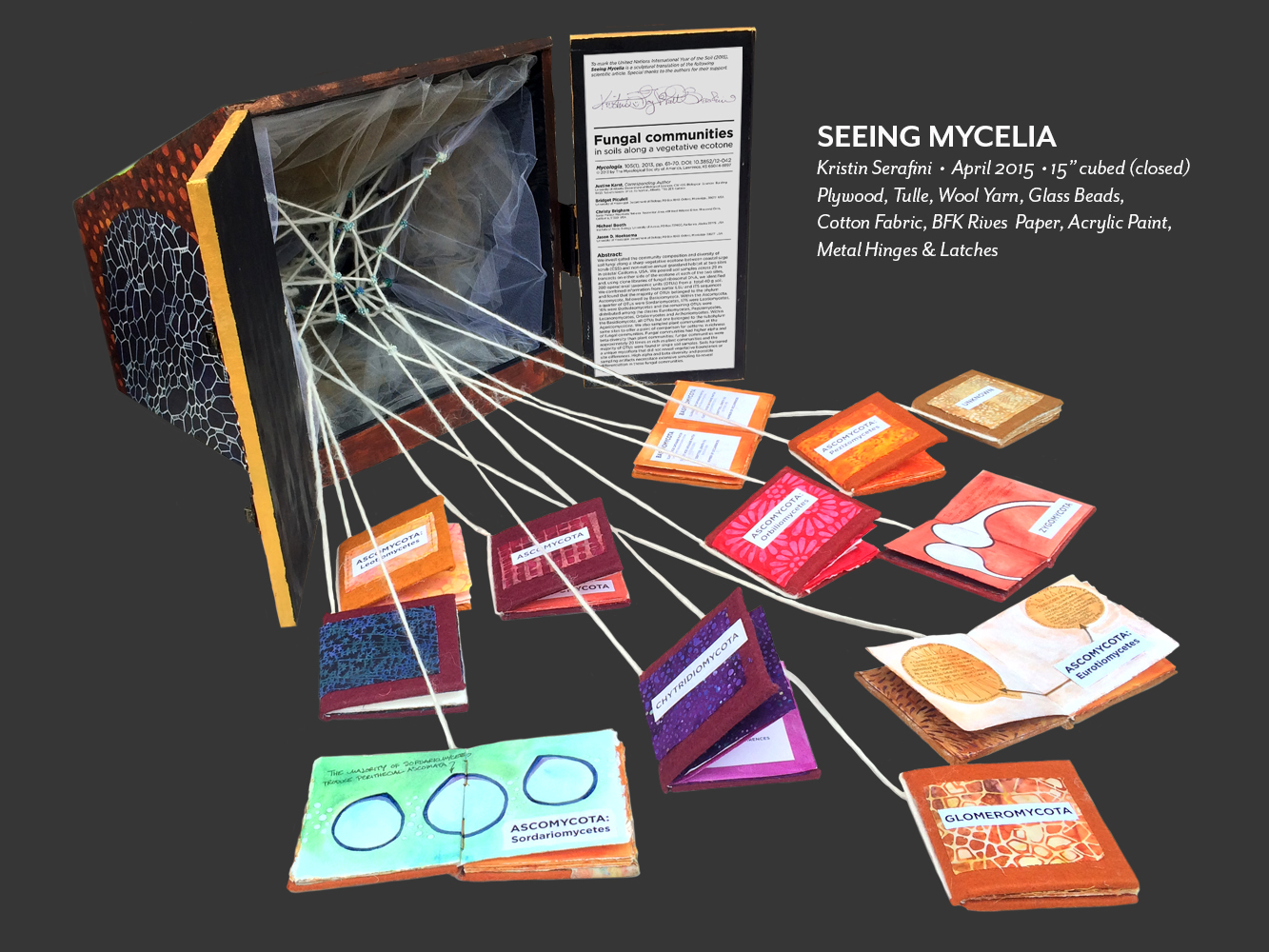